A second chance for the Sumatran rhino 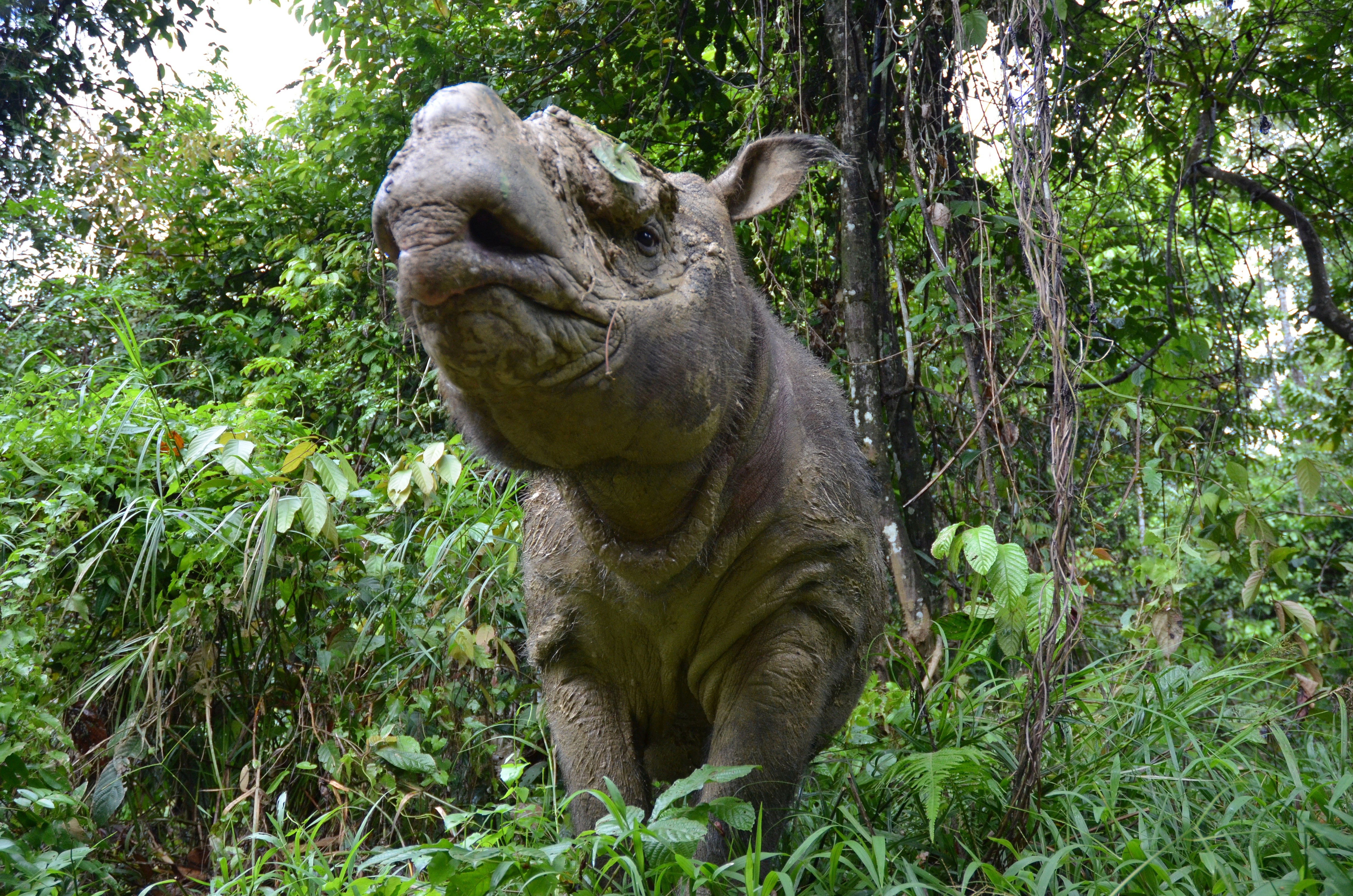 Malaysia’s last male Sumatran rhino, Kertam, died in 2019. Now, a team from the Max Delbrück Center in Berlin has successfully grown stem cells and mini-brains from his skin cells. As the scientists explain in the journal “iScience”, their next goal is to create sperm cells that may help to save the endangered species from extinction. The Max Delbrück Center develops stem cell associated techniques (SCAT) as part of the BioRescue project, a collaborative effort led by the Leibniz Institute for Zoo and Wildlife Research (Leibniz-IZW) to develop and apply technologies to save the even more endangered northern white rhinoceros.

The Sumatran rhinoceros was once found across large parts of East and Southeast Asia. Today, poaching and habitat destruction have decimated the population of the world’s smallest and most ancient rhino species, leaving only a few dozen individuals living in the rainforests of Sumatra and the Indonesian part of Borneo. As a result, mating encounters between males and females are increasingly rare.

The last of their kind in Malaysia

The Sumatran rhinoceros, which is the only surviving rhino species with hair, has been considered extinct in Malaysia since 2019 following the death of male Kertam and, just a few months later, female Iman. But a team of Berlin scientists led by Dr Vera Zywitza and Dr Sebastian Diecke, head of the Pluripotent Stem Cells Platform at the Max Delbrück Center in Berlin, are not content with this. They and their international partners have an ambitious goal: to turn skin cells taken from now deceased Sumatran rhinos into stem cells, from which they can then derive egg and sperm cells to be used in assisted reproduction, in this case the fertilisation in the laboratory. The embryos bred in the petri dish, which will be the offspring of Kertam and other already deceased or infertile individuals, will be carried to term by surrogate rhino mothers.
In the scientific journal iScience, the team led by first author Zywitza and last author Diecke now report an initial success: they generated induced pluripotent stem cells, or iPS cells for short, from Kertam’s skin samples. These cells have two key advantages. First, they are able to divide infinitely and therefore never die, and second, they are able to transform into any cell type in the body. For their recently published study, the group has already grown brain organoids, also called “mini-brains”, from Kertam’s iPS cells.

Learning from the white rhino

The technology platform developed its stem cell associated techniques (SCAT) as part of the BioRescue research project for the even more critically endangered northern white rhinoceros – of which only two females now remain, living in a Kenyan wildlife reserve. “Our current study has benefited a lot from the knowledge gained through this large-scale project, which is funded by the German Federal Ministry of Education and Research”, says Zywitza. BioRescue project head Prof Thomas Hildebrandt, head of the Department of Reproduction Management at the Leibniz Institute for Zoo and Wildlife Research (Leibniz-IZW) in Berlin, and his research group were also significantly involved in the development of this project’s stem cell technology.
Zywitza recounts how all those involved in the current study were surprised and pleased to discover that the methods used to turn the skin cells of northern white rhinos into stem cells also worked well with the cells of Sumatran rhinos. Under the microscope, the stem cells of both rhino species were barely distinguishable from human iPS cells. Nevertheless, there were species-specific differences: “For example, in contrast to northern white rhino iPSCs, Kertam’s iPSCs could not be cultivated without feeder cells, which release growth factors that help to keep stem cells in a pluripotent state”, explains Zywitza.

A deeper look into evolution

In addition to preserving the species, the stem cells obtained from Kertam’s skin could serve another purpose: “iPS cells from exotic animals provide a unique tool for gaining insights into the evolution of organ development”, says Zywitza. To demonstrate this, Dr Silke Frahm-Barske, who is also a scientist in Diecke’s research group, grew brain organoids from the cells.
“To the best of our knowledge, mini-brains like these have only been obtained from mouse, humans and non-human primates so far”, says Frahm-Barske. “So, we were very pleased to see that the stem cells we generated from the Sumatran rhino formed organoids quite similar to those of humans.” However, she added that the team had to treat the human and rhino iPS cells slightly differently in order to generate the brain organoids.

The next step is sperm cells

The team’s next goal is to use Kertam’s iPS cells to grow sperm suitable for artificial insemination. “This step is more difficult”, says Zywitza. “To obtain sperm cells, we first need to use the iPS cells to cultivate primordial germ cells – the precursors of eggs and sperm.” This is the tricky task the scientists are now going to tackle. They also plan to obtain iPS cells from other Sumatran rhinos.
Reproduction expert Thomas Hildebrandt explains why efforts like these are necessary: “Measures are indeed being taken in Indonesia to preserve the Sumatran rhino population by bringing together the remaining individuals in wildlife reserves”, he says. “But females that have not been pregnant for a long time often become infertile, for example owing to cysts that develop on their reproductive organs, or they may just be too old to bear young.”
“Even though our work is attempting to make the seemingly impossible possible – to ensure the survival of animals that would otherwise probably disappear from our planet – it must remain an exception and not become the rule”, emphasises Zywitza. “Despite all the buzz around what we are doing in the lab, this can at best make a small contribution to saving these rhinos from extinction. The protection and conservation of the animals’ few remaining habitats is at least equally important.”

Twitter
Tweet
Altro in questa categoria: « Researchers discover a catalyst to remove emissions of methane, a powerful greenhouse gas A study discovers a surprising relationship between the teeth and the evolution of pregnancy »