Fantastic particles and where to find them 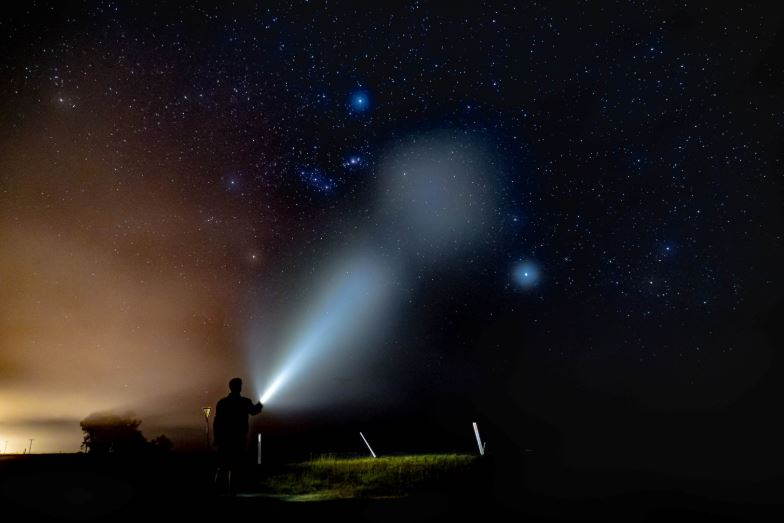 Typical activities in ordinary life consist of sending and receiving information. The news or notifications we see on smartphones, from magazine gossip to football scores, reach the device from a domestic Wi-Fi router or mobile phone mast, which receives input from a giant server network disseminated across the world.

Zooming in the path, two particles are information vehicles: photons, from servers to devices, and electrons inside the devices. These two communication mechanisms require different hardware platforms that, when combined, are often inefficient and dissipate energy. Could scientists improve on this process by producing more stable channels for information?

The TOCHA project is trying to send information with the smallest waste of energy by identifying efficient channels at the nanometre scale – one billionth of a meter. Set across nine European research institutions, the project is coordinated by the Catalan Institute of Nanoscience and Nanotechnology (ICN2) and funded by the EU’s FET (Future and Emerging Technologies) programme. 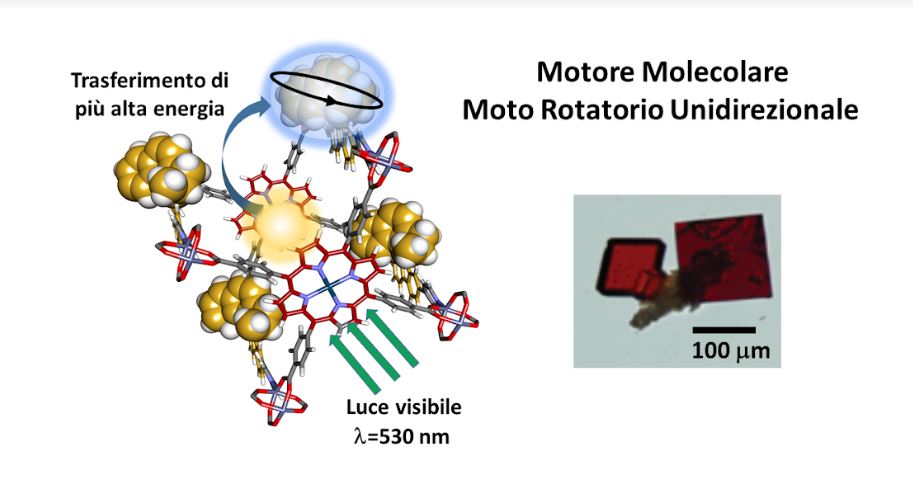 New details regarding the immune response in Covid-19 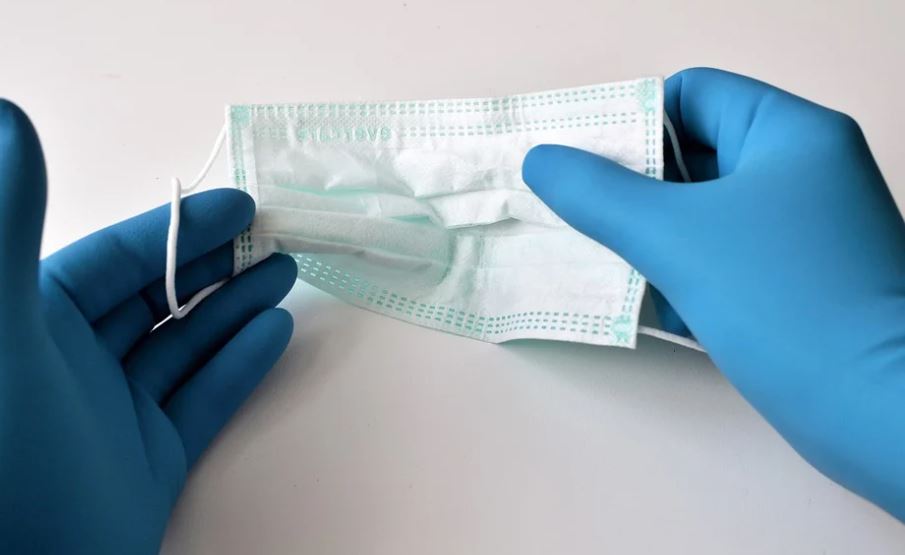 The human immune system is reactive to more than just the viral protein on which researchers have focused to date. This is relevant for tests and potential vaccines.

Research teams from Ruhr-Universität Bochum (RUB) and Essen University Hospital have identified the parts of the Sars-Cov-2 virus to which the human immune system reacts: in addition to the spike protein, which has been the focus so far, two other proteins can also trigger a strong immune response. This discovery is relevant for the development of diagnostic tests and vaccines. “We shouldn’t focus exclusively on the spike protein,” says the principal investigator of the study Professor Nina Babel from the Centre for Translational Medicine at Marien Hospital Herne, the RUB’s university hospital. The study, which is currently being reviewed by independent experts, is available online on a preprint server.

Journey to uncover mysteries of the Pacific Ocean 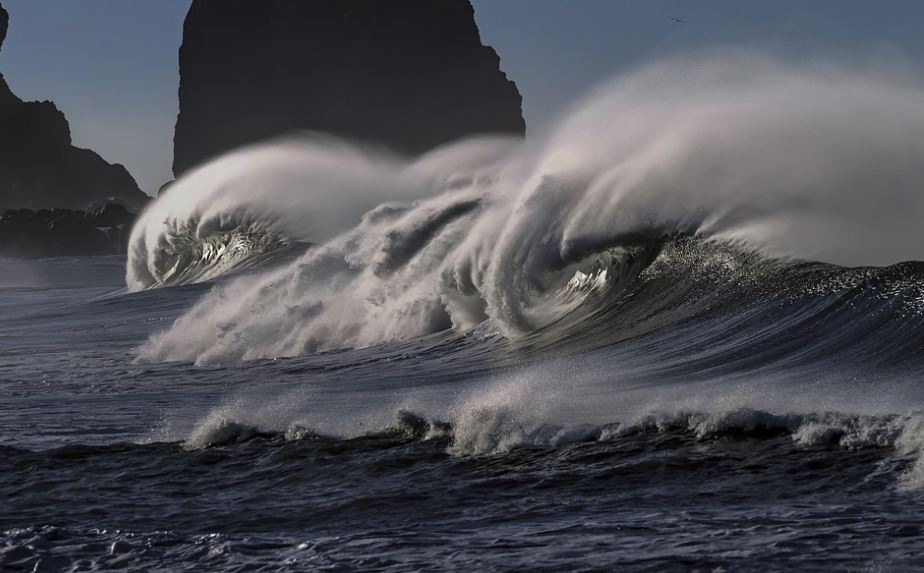 On 14 February, nine National University of Singapore (NUS) researchers hopped onboard a vessel to start a 37-day expedition to explore an understudied area nestled in the Pacific Ocean known as the Clarion-Clipperton Zone (CCZ). Flat and deep — reaching down between 4,000 to 6,000 metres below the surface — the CCZ is often referred to as an abyssal plain.

The CCZ is characterised by polymetallic nodule fields which contain commercially valuable metals such as manganese, cobalt, nickel, copper, and rare earth elements, formed over millions of years. The expedition is part of Keppel-NUS Corporate Laboratory’s research, and it was led by Keppel Corporation’s subsidiary, Ocean Mineral Singapore (OMS) - the only Singapore company awarded an exploration contract for polymetallic nodules by the International Seabed Authority. The team aimed to conduct environmental studies and surveys for the collection of these polymetallic nodule deposits in an environmentally friendly way. This is the second such expedition involving NUS researchers to CCZ.

Polymetallic nodules contain cobalt, copper, nickel, manganese and other valuable ores which are used in electronics and green technologies, such as electric cars, wind turbines and solar panels.Mr Aziz Merchant, Director of OMS, said, “Keppel is committed to sustainable urbanisation and we are pleased to partner NUS in conducting feasibility studies to ensure that deep-sea mineral collection can be conducted with minimal disruption to the environment.” 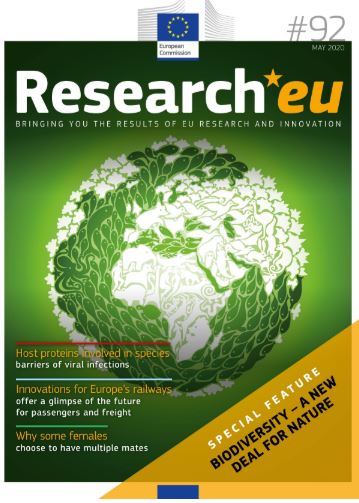 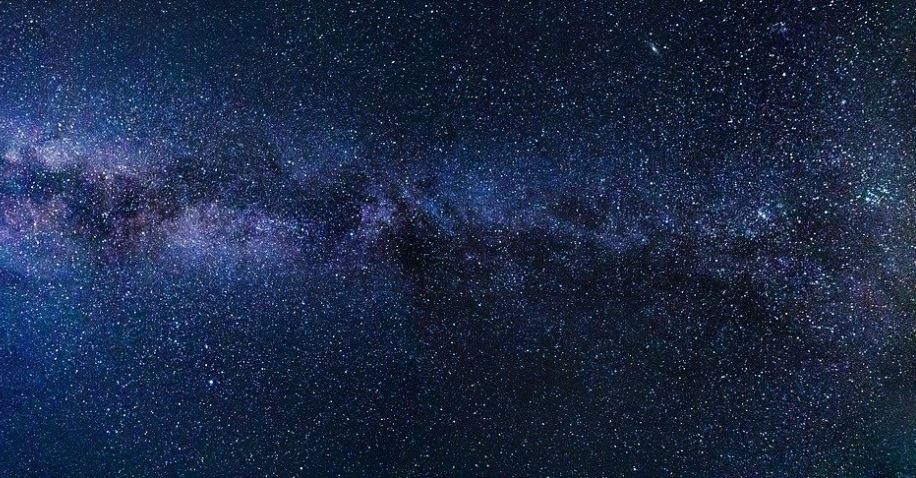 Astronomers using the Atacama Large Millimeter/submillimeter Array (ALMA) found quasi-periodic flickers in millimeter-waves from the center of the Milky Way, Sagittarius (Sgr) A*. The team interpreted these blinks to be due to the rotation of radio spots circling the supermassive black hole with an orbit radius smaller than that of Mercury. This is an interesting clue to investigate space-time with extreme gravity.
“It has been known that Sgr A* sometimes flares up in millimeter wavelength,” tells Yuhei Iwata, the lead author of the paper published in the Astrophysical Journal Letters and a graduate student at Keio University, Japan. “This time, using ALMA, we obtained high-quality data of radio-wave intensity variation of Sgr A* for 10 days, 70 minutes per day. Then we found two trends: quasi-periodic variations with a typical time scale of 30 minutes and hour-long slow variations.”

Astronomers presume that a supermassive black hole with a mass of 4 million suns is located at the center of Sgr A*. Flares of Sgr A* have been observed not only in millimeter wavelength, but also in infrared light and X-ray. However, the variations detected with ALMA are much smaller than the ones previously detected, and it is possible that these levels of small variations always occur in Sgr A*. The black hole itself does not produce any kind of emission. The source of the emission is the scorching gaseous disk around the black hole. The gas around the black hole does not go straight to the gravitational well, but it rotates around the black hole to form an accretion disk. 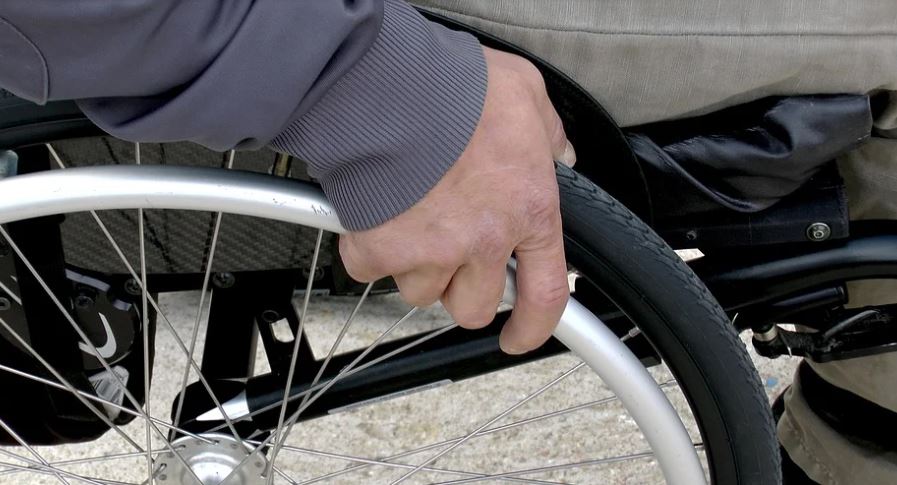 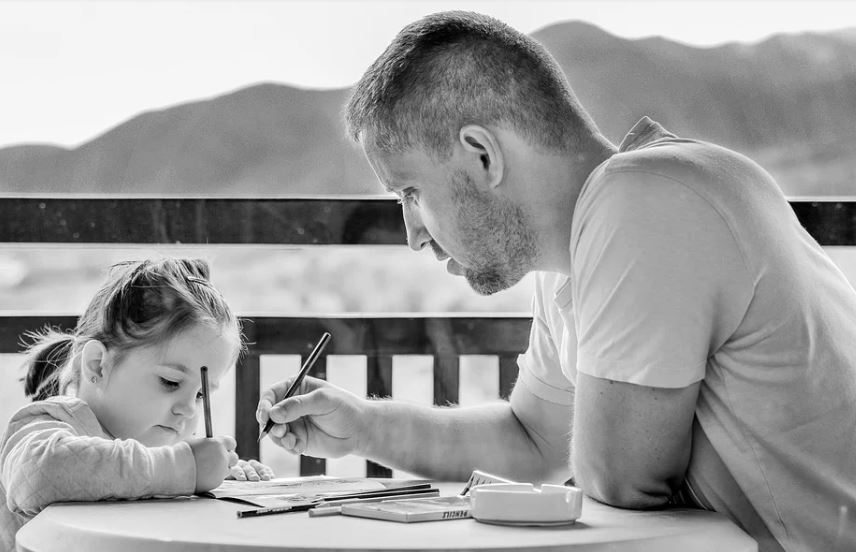 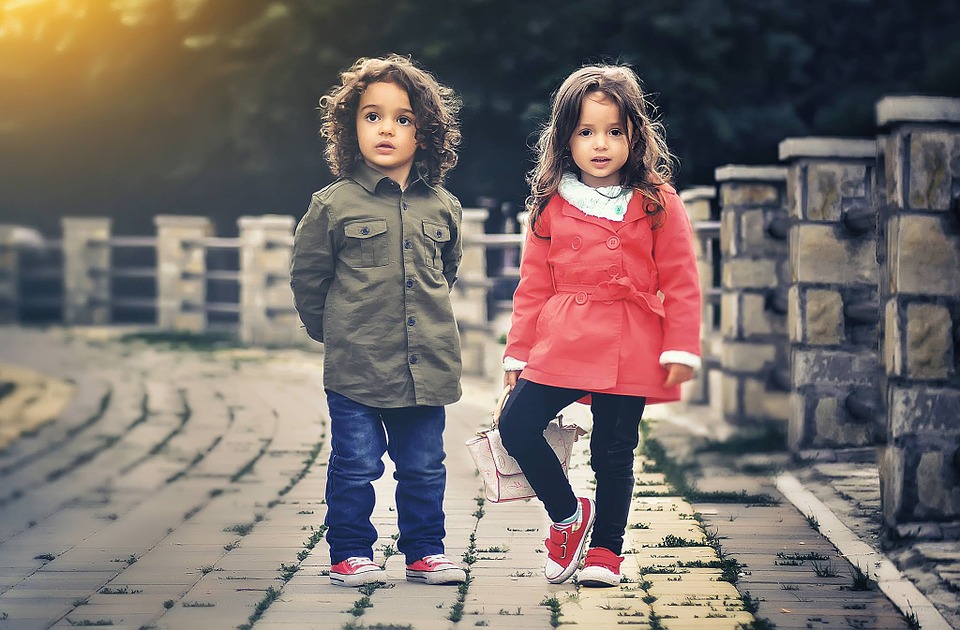 It is highly likely that children can transmit the new coronavirus, which causes COVID-19, but several factors suggest that children are unlikely to be the main drivers of the pandemic. Opening up schools and kindergartens is unlikely to impact COVID-19 mortality rates in older people, according to a systematic review that spanned 47 publications and was conducted by researchers at Karolinska Institutet in Sweden. The paper is published in the scientific journal Acta Paediatrica.

Globally to date, there are around five million confirmed cases of COVID-19, and more than 300,000 deaths from the disease. Many countries have implemented lockdowns to stop the spread of the disease, and closed kindergartens and schools. Opening up schools and kindergartens raises questions about the role of children in COVID-19 transmission. Now, a paper published in Acta Paediatrica summarises the findings of a systematic literature review on the current knowledge of COVID-19 transmission in children. 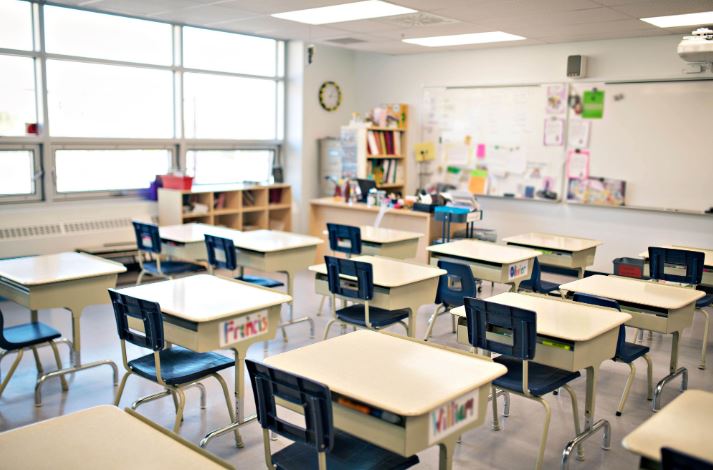 The ongoing situation and school closures as result of Covid-19 have a number of different implications for the education sector. Dr Emily Mann and Dr Jackie Shinwell of Northumbria University’s Healthy Living Lab explored the impact of the coronavirus crisis in terms of learning loss in this blog for Schools North East.

Since the World Health Organisation declared the Covid-19 outbreak as a global pandemic on 11 March 2020, the UK government announced school closures for all children, with the exception of vulnerable children and children of key workers, from 20 March 2020 and introduced social distancing measures on 23 March 2020, to reduce the spread of the virus. Most children have now been at home for seven weeks, approximately the same length of time of the school summer holidays. The UK government has recently announced that schools may extend their opening to nursery, reception, Year 1 and Year 6 pupils in England from June 1st..

We acknowledge that the safeguarding of children and the health of children, teachers and all school staff are paramount, however we will not debate the public health considerations regarding the proposed reopening of schools. Instead, we will reflect on the impact of school closures, particularly for disadvantaged children, and, drawing on our research on holiday provision and summer learning loss, will consider the potential implications for research informed short-, mid- and long-term strategies to address this issue.