New theory on how Earth’s crust was created 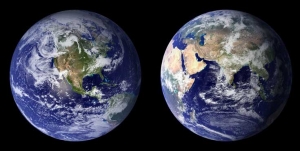 More than 90% of Earth’s continental crust is made up of silica-rich minerals, such as feldspar and quartz. But where did this silica-enriched material come from? And could it provide a clue in the search for life on other planets? Conventional theory holds that all of the early Earth’s crustal ingredients were formed by volcanic activity. Now, however, McGill University earth scientists Don Baker and Kassandra Sofonio have published a theory with a novel twist: some of the chemical components of this material settled onto Earth’s early surface from the steamy atmosphere that prevailed at the time. First, a bit of ancient geochemical history: Scientists believe that a Mars-sized planetoid plowed into the proto-Earth around 4.5 billion years ago, melting the Earth and turning it into an ocean of magma. In the wake of that impact - which also created enough debris to form the moon - the Earth’s surface gradually cooled until it was more or less solid. Baker’s new theory, like the conventional one, is based on that premise. 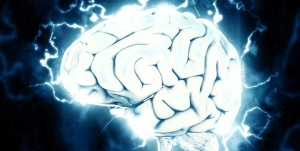 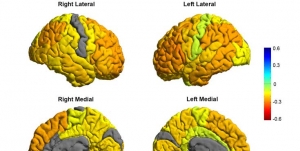 In the largest MRI study on patients with bipolar disorder to date, a global consortium published new research showing that people with the condition have differences in the brain regions that control inhibition and emotion. The new study, published in Molecular Psychiatry on May 2, found brain abnormalities in people with bipolar disorder. By revealing clear and consistent alterations in key brain regions, the findings shed light on the underlying mechanisms of bipolar disorder. “We created the first global map of bipolar disorder and how it affects the brain, resolving years of uncertainty on how people’s brains differ when they have this severe illness,” said Ole A. Andreassen, senior author of the study and a professor at the Norwegian Centre for Mental Disorders Research (NORMENT) at the University of Oslo. 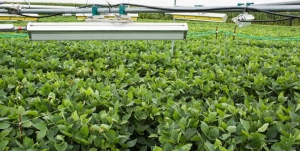 ●    By 2050—in the midst of increasing temperature and carbon dioxide levels—we will need to produce 70 percent more food to meet the demands of 9.7 billion people.

●    Researchers at the University of Illinois have modified soybeans to yield more when both temperature and carbon dioxide levels increase, which suggests that we might be able to combat heat-related yield loss with genetic engineering.

●    Simplistically, carbon dioxide increases yield and temperature cuts yield; however, this work illustrates that these complex factors work together to influence crop photosynthesis and productivity.